The Twelve Days of Christmas: A Catholic "Legend" The days seems to be running past so quickly! The first week of Advent is almost over, yesterday was a First Friday, today is a First Saturday, and this Monday is the Feast of the Immaculate Conception, a holy day of obligation!

As we consider all that the Season of Advent means, we should not forget the fidelity and good example of those who came before us. Back in 1999, an old friend shared this interesting "legend" about the origins of (and the symbolism in) the very old song, "The Twelve Days of Christmas":

From 1558 until 1829 Roman Catholics in England were not allowed to practice their faith openly. During that era someone wrote "The Twelve Days of Christmas" as a kind of secret catechism that could be sung in public without the risk of persecution. (Added Note: There are slight variations about the symbolism of the song; here is one I think most likely. - MCB)

The partridge in a pear tree is Jesus Christ and His Virgin Mother.

The two turtledoves are the Old and New Testaments.

The four calling birds are the four Gospels.

The five golden rings recall five decades of a Rosary.

The six geese-a-laying stand for the six days of creation.

Seven swans-a-swimming represent the sevenfold gifts of the Holy Spirit.

The eight maids-a-milking are the eight beatitudes.

The ten lords-a-leaping are the Ten Commandments.

Twelve drummers symbolize the twelve points of belief in the Apostles Creed.

As my friend said then, "We might want to commit this to memory for the days and years ahead."

A blessed Advent to one and all!
Posted by Marianna Bartold at 6:30 AM

Also available IN PAPERBACK at Amazon, "Fatima: The Signs and the Secrets" is a unique book that draws in the reader for a closer look at the intriguing signs of the 1917 Fatima, Portugal apparitions.

An easily-readable, stimulating, and spiritually inspiring work, the book examines what Pope Benedict XVI called “Fatima’s prophetic mission,” quoting from Divine Revelation and Church Doctors and providing the necessary insight into the meanings of the many mysterious signs seen or heard at Fatima (a cloud, a golden orb, rainbow colors or stars in the sky, etc.) through the months of June-October, 1917.

Written by Marianna Bartold, an experienced researcher, Catholic publisher, Latin Mass magazine editor, and Catholic Family News' columnist for "Secrets of the Catholic City," there is no other book like it!

From the same author, Marianna Bartold: Learn about the "secret" coded language on the miraculous Image of Guadalupe that converted millions of Aztecs. But does the Miracle on St. Juan Diego's tilma also contain an Apocalyptic message? (Kindle version)

A CATHOLIC CLASSIC!
For the FIRST time, "Divine Parables Explained" is digitally published. Hard copy originals now cost about $100 and paperback originals are about $50 - while our Kindle version is only $2.99!

Help us reach this generation and the next with the "Catholic Classics" we're digitizing for the Kindle. You can see ALL of our current current Kindle titles by clicking on KIC's BOOK LIST.

Every title is available to you within minutes of your purchase! You can also preview all of our titles by simply clicking on their covers (at the Amazon site ). OR you can click on the "Sample" option, which is immediately sent to your Kindle-and the sample is FREE!

(Please Note: New "Catholic Classics" are added to this list throughout each week-so please check it often!)

Marianna Bartold
United States
Marianna is the monthly columnist for “Secrets of the Catholic City,” published by Catholic Family News. The founding publisher of The Catholic Family’s Magnificat Magazine, she also became the first home education editor of Sursum Corda (later merged with Latin Mass magazine). Her contributors included Fr. John Hardon, S.J. (now Servant of God), Dr. Mary Kay Clark, Laura Berquist, and many others. An occasional contributor to papers like “The Wanderer” and speaker at Catholic homeschooling conferences, Marianna is the author of Fatima: The Signs and Secrets; Guadalupe: Secrets of the Image: Keeping It Catholic Home Education Guides, The Return of the King Study Guide, The Age of Mary Study Guides, and editor of The Divine Parables Explained (digital reprint) and of The Keepsake Collection. The driving force behind three Catholic support groups (local, state, and national), Marianna also gained valuable online experience as the Homeschooling Forum Moderator for CRNET (now EWTN Online, where many of her magazine’s articles are archived). In 1996, Marianna founded KIC – the Keeping It Catholic Faith, Family and Home Education Network.

"We must repeat with the utmost energy in these times of social and intellectual anarchy when everyone takes it upon himself to teach as a teacher and lawmaker - the City cannot be built otherwise than as God has built it; society cannot be setup unless the Church lays the foundation and supervises the work; no, civilization is not something yet to be found, nor is the New City to be built on hazy notions; it has been in existence and still is: it is Christian civilization, it is the Catholic City. It has only to be set up and restored continually against the unremitting attacks of insane dreamers, rebels, and miscreants. OMNIA INSTAURARE IN CHRISTO. ("To restore all things in Christ.")

~Our Apostolic Mandate on the Sillon, 1910
Issued by the only canonized pontiff in 500 years,
Pope St. Pius X


"Unless the Lord keep the city, he watcheth in vain that keepeth it."
~The Holy Bible, Psalm 126:1

King of the Catholic City

Our Lord and Savior, Jesus Christ

To Whom every knee shall bend...

Queen of the Catholic City 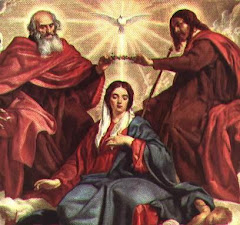 Steward of the Catholic City

The Vicar of Christ, Steward of the Catholic City 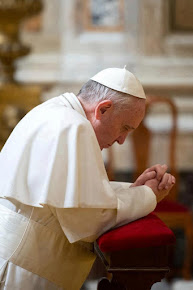 Pray much for the Holy Father!

The Promise of Our Lady of Fatima 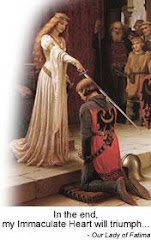 Want to know HOW "an era of peace will be granted to the world"? Read below! 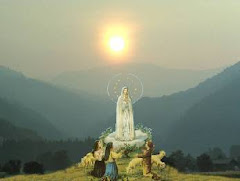 Making Ready for the Return of the King (Articles Below) 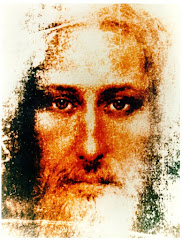 The Holy Face, extrapolated from the Shroud of Turin

Samples of "Secrets of the Catholic City" by Marianna Bartold, Published in Catholic Family News

"...it is necessary for each one of us to begin to reform himself spiritually. Each person must not only save his own soul but also help to save all the souls that God has placed on our path."
~Sr. Lucia of Fatima

The Keeping It Catholic Chronicles